Best golf advice and course recommendations are here. Stay abreast of the latest golfing news with us! 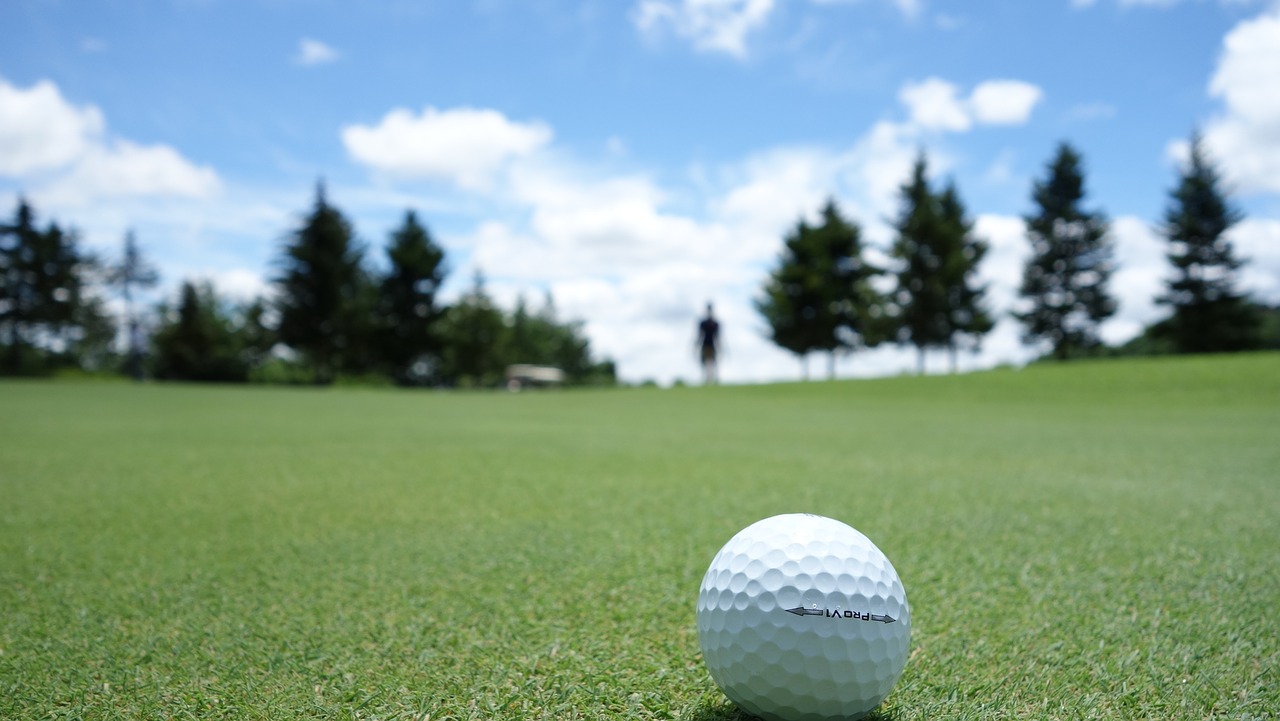 Every field has its unique language, which may not be understood by someone who is not specializing in it. The golf jargon, too, poses a significant challenge many, because of the low profile nature of the game. It is not that much popular as football. For you to be able to understand this sport better, you will need to have a mastery of the golf terms list.

Therefore, to introduce you or ease your understanding of this complex sport, I have compiled a list of the standard golf terms with their meanings. Where possible, illustrations are available to enable you to have a better understanding. I hope you get to enjoy this fun learning experience on golfing terms.

Playing the Ball Up and Down 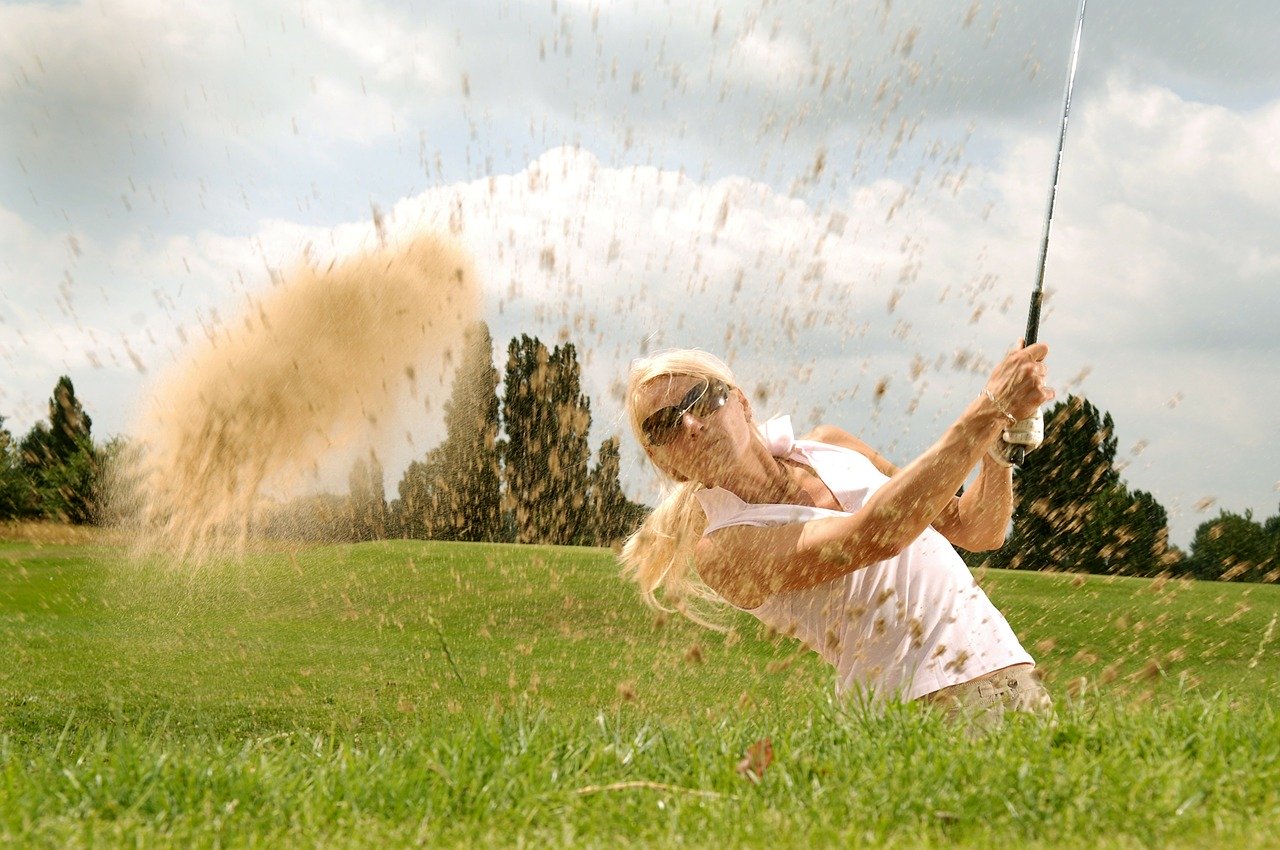 You may hear a commentator say, “Tiger woods made an up and down on the last hole.”

It is one scenario most golfers would try to avoid like a plague. It refers to a score of eight on any individual hole. The name draws its definition from the shape “8” of a snowman. A golfer may, therefore, shout in despair, “Oh, no! I got the dreaded snowman!”

It is one of the most common golf phrases in terms of what golfers do. Do you always see that loose piece of grass and dirt dug out of the ground when a golf stick strikes the ground? Well, that is a divot hole. The next time when you see a piece of turf cut off from the ground when the golfer plays a stroke, don’t call it “chopped grass.”

Playing from the Tips

A beginner may ask himself, what does playing from the tips mean in golf? It is the act of playing from the rearmost set of tees by the golfer. It is used both as a noun and a verb. It applies when golfers want to play the course at its longest. They, therefore, opt for the “play from the tips.”

This golf terminology refers to a shot that the golfer replays. It occurs in such circumstances as to when after the first chance went wrong through bad luck or a blunder. It is, however, against the formal rules of golf. A Golf Do-Over is also a mulligan. 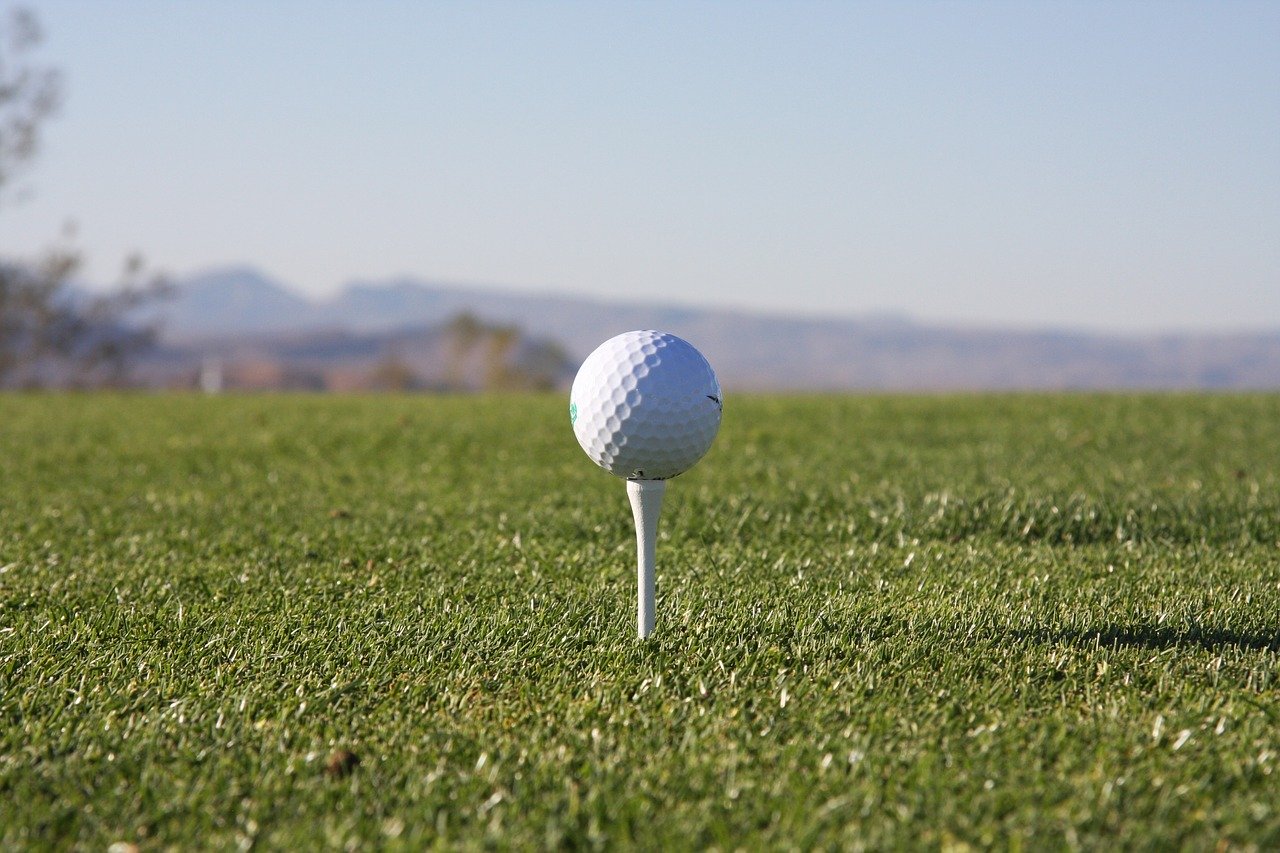 The golf scoring language can be puzzling to understand as it does not follow the usual “goal” lingo.

Here are some golf stroke names that will be of great help to you:

Ace: It is a hole in one

Albatross: They are three strokes under par on a hole

Birdie: It is one golf stroke under par on a hole

Par: It is a score that a good player would expect to make on a hole or round

Bogey: Refers to a single stroke over par on a hole

Eagle: Two strokes under par on a hole

Double bogey: Two strokes over par on a hole

Refers to situations when golfers are allowed to improve the Lie. It can be made possible by factors such as rain or bad weather in general.

They are the round hollow shapes on a golf ball cover, which are designed scientifically to keep the ball to take off a steady flight. They allow a golf ball to stay in the air for a more extended flight by cutting short drag than it could be possible with a smooth ball.

A downswing is the opposite of the Backswing. It is one of the golf expressions used to denote the movement of swinging a golf ball from the top swing overhead to the point where it will land.

One can easily confuse this for the football scores when a match ends in both teams having the same score. However, it is a different matter when it comes to golf. It is a shot of a right-handed golfer, which curves to left. The ball is often explicitly played by a skilled, right-handed golf player. The hook emerges in an overdone draw. 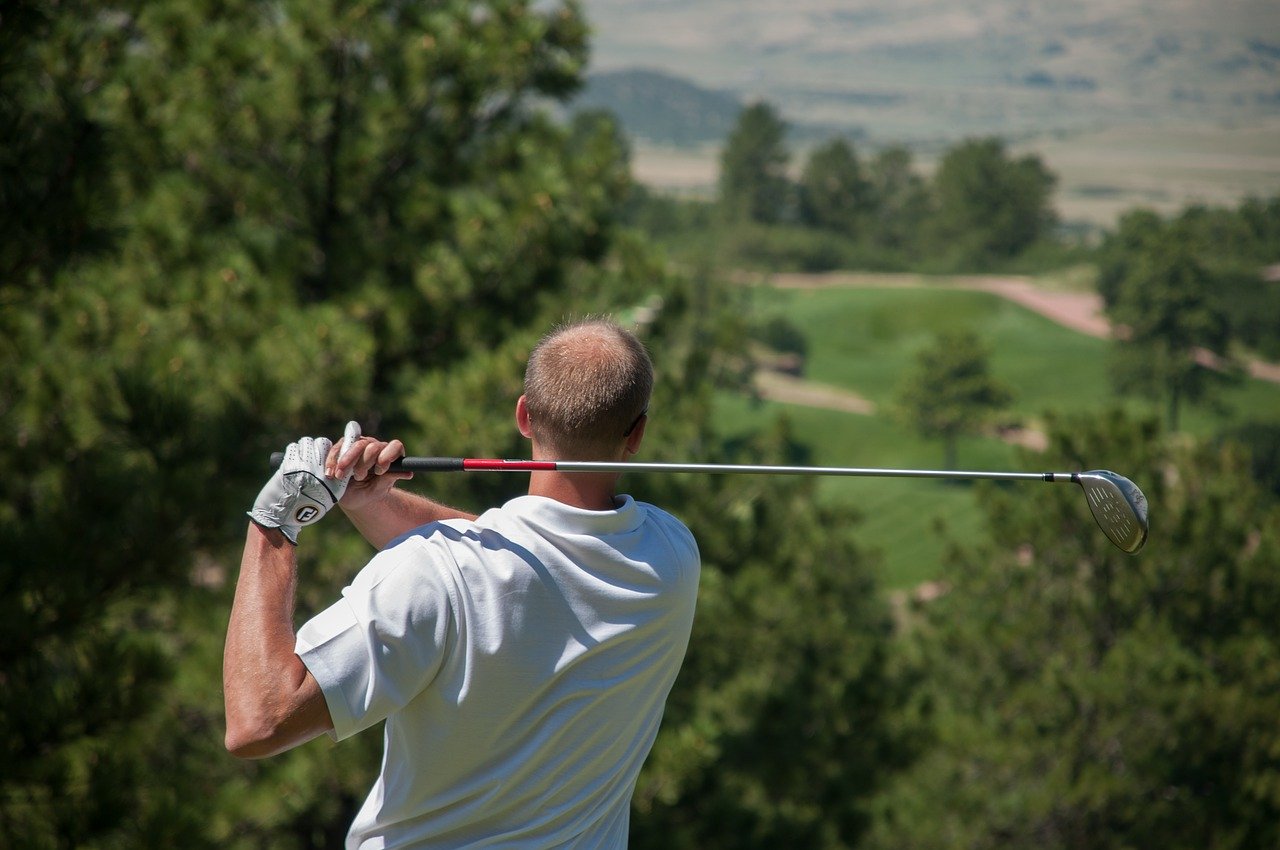 Once again, this applies to a right-handed golf player. Fade as a golf term shows a shot that curves a little to the right, and it is played intentionally. Fade is mainly by skilled golfers.

It is a well-maintained area of the course, precisely between the green and the tee. It facilitates a good lie for the golf ball.

This golf expression describes the opening match played on Friday and Saturday mornings of the Ryder Cup. When such a game goes on, two teams contest, with each side having one pair of players where each golfer plays his ball throughout. On every hole, the lowest score of the two members of a group will face the lowest score on the other side.

Here, we have two sides contesting with each having two players; the team partners hit other shots on just one golf ball. The rules are that the first player tees off while the second player hits the second golf shot. After that, the first player hits the third shot, which goes on until the ball gets into the hole. Here, alternation of tee shots by partners is allowed. It enables one team member to always tee-off on the odd holes and the other member to tee off on the even holes.

It is a golf jargon that alludes to a number. The number is given to a player according to his or her ability. Handicap is used to change each player’s score accordingly to ensure equity among the players. For the beginners in golf, this allocation number is given based on several factors. These include the slope of a course, and it is deducted from the player’s gross score, then giving him a net score of par. 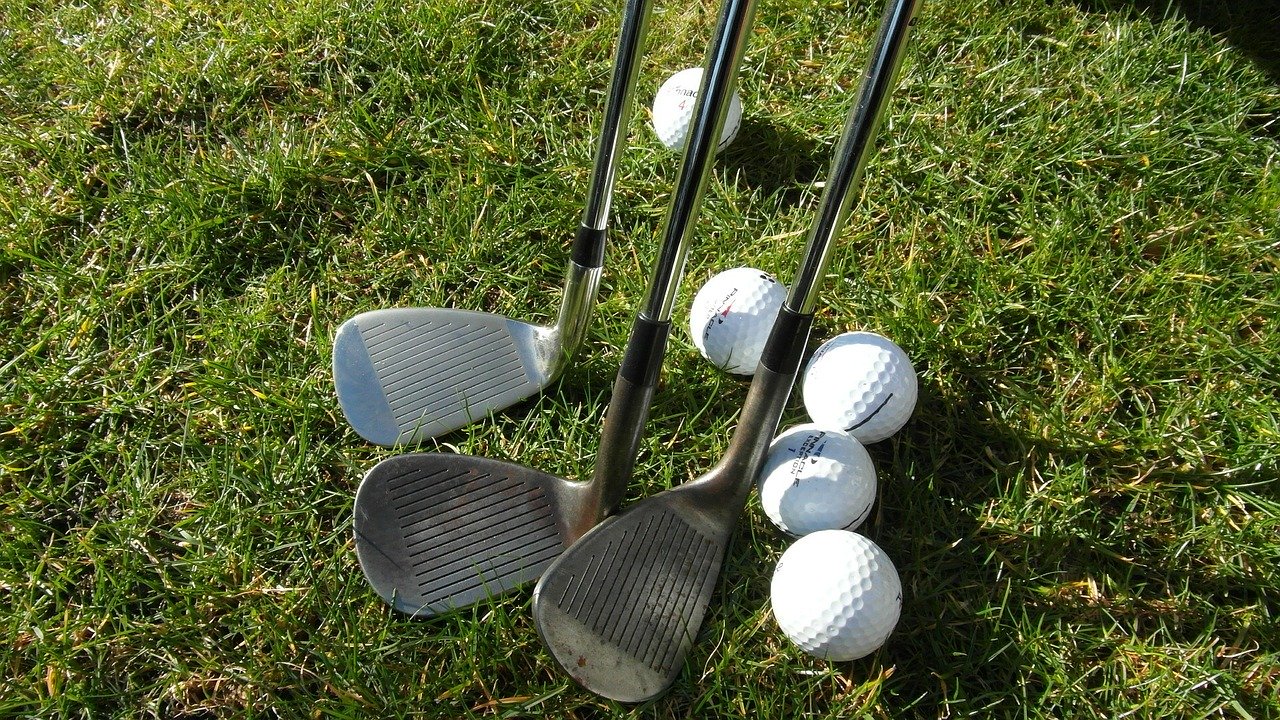 It refers to any bunker, permanent water, or any ground labeled as part of that water hazard. When golf players play from risk in any golf match, they are under strict rules.

Almost everybody, even a beginner, can relate to this commonly used golf term. It refers to the shaft, which is circular on the surface. Some refer to it as “the cup,” which is usually of 4.25 inches in diameter.

For in golf terms, Lie has two distinct uses and meanings. It may refer to how the golf ball rests on the ground. It is in considering whether it may cause any difficulty to the next stroke. It also refers to the angle created between the center of the shaft and the end of the clubhead.

In simple terms, they are areas where one cannot access during the golf match. Such fields generally have white posts as labels. When a golfer’s shot lands on this area, the golfer “loses stroke and distance.” It, therefore, means that they must perform another shot from the exact spot and taken as a one-stroke penalty.